Over the past year I’ve set the kids a num­ber of trea­sure hunts, which are both fun to make and always in demand.  Like any­thing one tries a few times, it’s got­ten quick­er.  This morning’s was assem­bled in record time and under duress.  It turned out decent­ly giv­en con­straints and incor­po­rat­ed a shop­ping trip, though I’m regret­ting not hav­ing made Eliot’s half of it hard­er.  Next time..

The struc­ture usu­al­ly works like this.  Clues are writ­ten on slips of paper, which are hid­den in var­i­ous places, each point­ing to the next.  There’s some sort of prize at the end.  These were the clues: 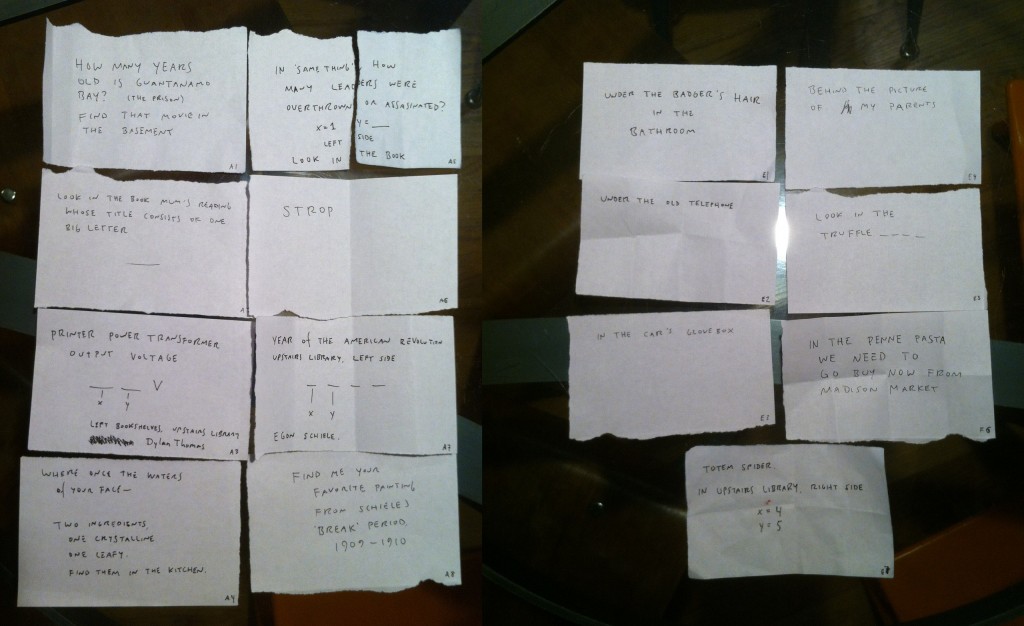 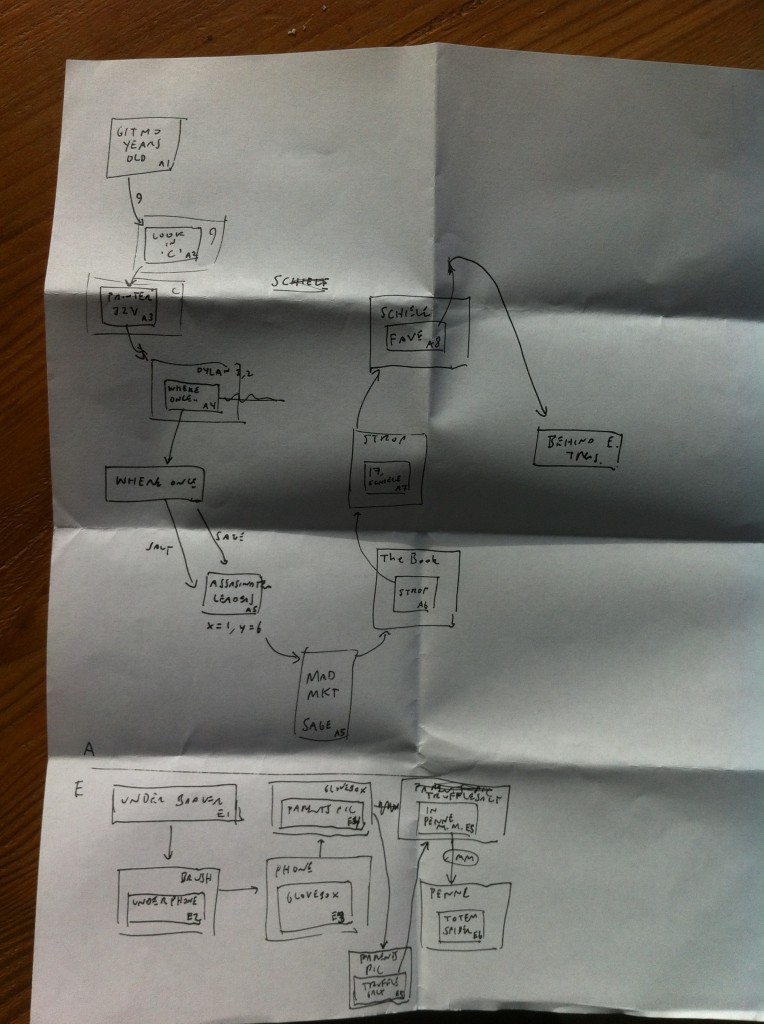 The library is use­ful as a place to hide clues— it’s a source of fun things to read, and shelf col­umn, row and book num­ber form a coor­di­nate sys­tem, which is good for math prob­lems.

The Dylan Thomas poem was Where once the waters of your face, with the fol­low­ing clues in a jar of salt and in sage: 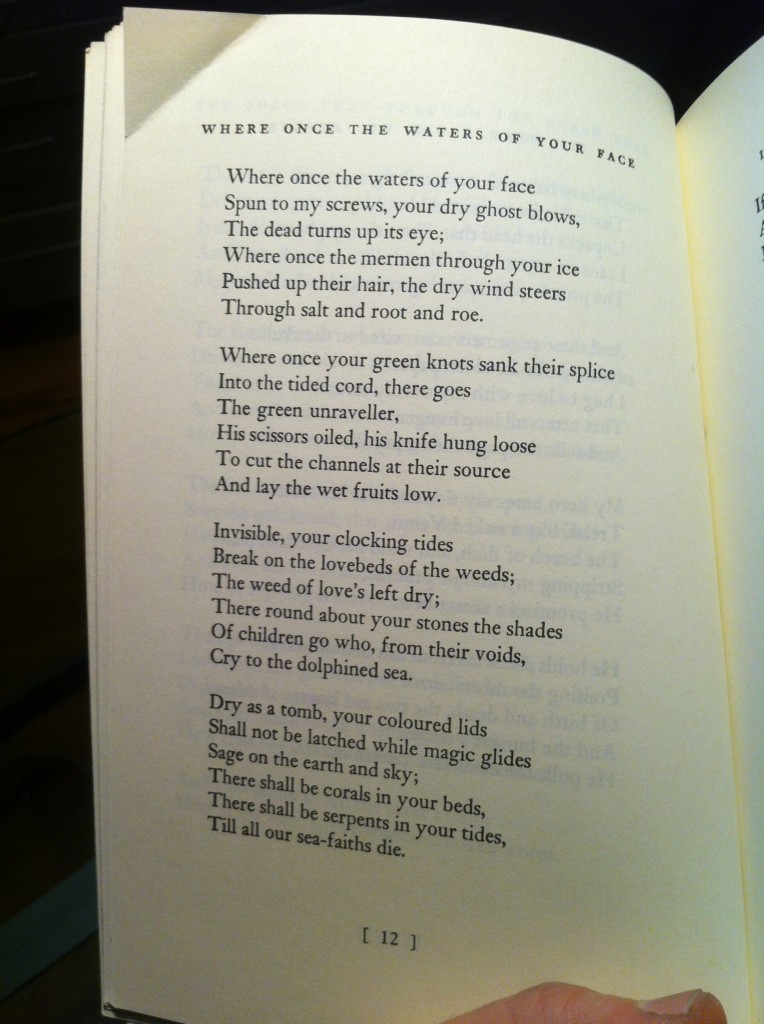 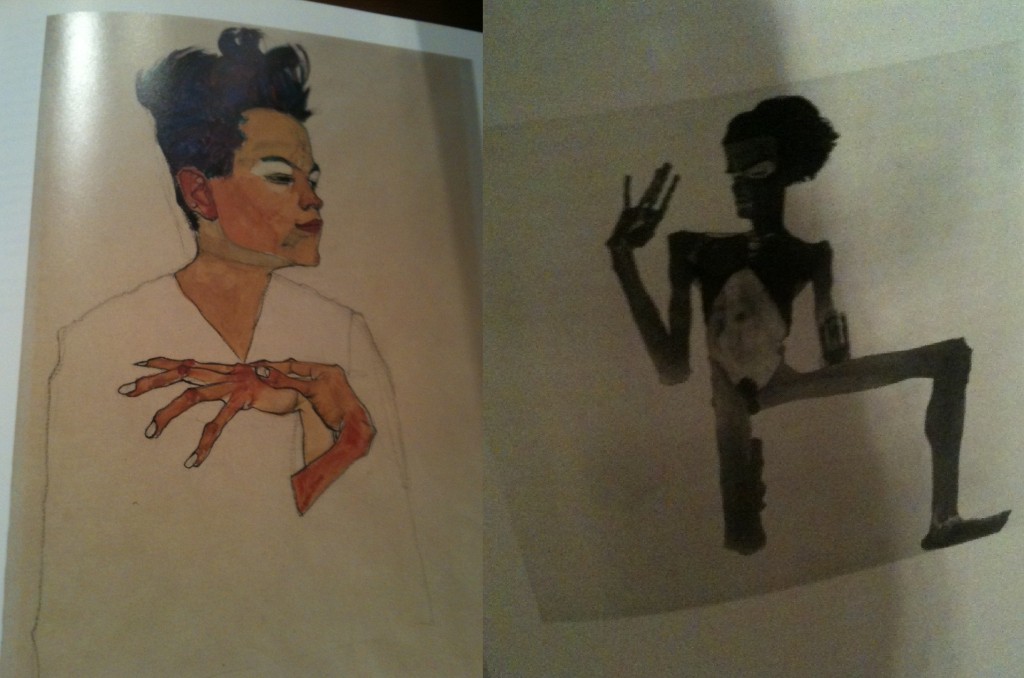 .. after which I texted back the final clue lead­ing to their prizes:

This entry was posted in children and tagged art, books, children, treasure hunt. Bookmark the permalink.